You are at:Home»Hunting»10 Tips for a Successful Hunt on Public Land

We just shook our heads as the crunch of gravel underneath tires soon gave way to the unmistakable sound of duck decoys, slung over someone’s shoulder, slamming against each other. “Running a little late?,” my friend Josh jokingly asked. Lightman and I just sighed, almost as if we knew what was about to come. The trio soon emerged and, without hesitation, proclaiming we were in their spot. Calmly, I advised them that this was public hunting land, open to all who possess the public hunting permit and that there were no assigned hunting areas. They continued around the small cove, settling on a spot forty yards directly across from us. Realizing the danger of the situation, Josh called out that we’d be firing at each other and it would be safer if they continued along the shore line. Frustrated and with birds already starting to move, they quickly moved another 40 yards down. Safer, but not ideal. We decided not to say anything though. The sooner they got their decoys out and stopped moving, the better it would work out for everyone. Or, so I thought.

Public hunting land gets a bad rap, but it shouldn’t. I love hunting public land! 80% of all my hunts take place on some piece of public land. Utilized properly, it can benefit everyone. Not having hunted public lands in other states, I can only speak for Texas and the opportunities offered. There’s an abundance of areas in the state that offer the chance to hunt white-tailed deer, and not just archery, but rifle too. Maybe you’re more of a wing shooter like me. Speaking from experience, the dove and duck hunting on public land is amazing! And, let’s not forget about those hogs! There isn’t a spot of public land in Texas I’ve hunted where I haven’t found hogs. As great as public land can be, it isn’t without its challenges. But, how you conduct yourself and deal with those challenges will factor into your success. You might even make a few friends in the process.

The Unwritten Laws of Hunting on Public Land

1. Scout the Terrain Before Your Hunt

Refrain from driving by and looking from the comfort of your vehicle or using your binoculars. Put foot to ground and get out there, because you never know what you’ll discover. Maybe a hidden pond amongst some oaks that’s a haven for Mallards and Woodies. Or, a trail with a giant scrape pattern indicating a bruiser of a buck in the area. The best way to locate your pursuit is to get out there amongst it all and put the time and effort into finding it.

Nothing is quite as disrespectful as showing up right before shooting light and hiking through someone’s hunting area. That person put forth the effort to arrive early so they could be ready to go at legal light. If you can’t arrive at a proper time, proceed to a different area so as not to disturb them.

3. Have a Backup Plan

Unless you’re hunting a spot of public land that has been assigned to you, public land operates on a “First come, first serve” basis, and sooner or later, you’re going to get beat to your spot. It still occasionally happens to me. But, wherever I decide to hunt on a particular day, I always have a backup spot or two in mind. That’s why you scout, remember?

Sometimes it can’t be helped but to hunt around other parties, but be conscious about how close you hunt to another person or group. Talk with them to determine a location and establish a plan that’s not going to cause issues between both groups. As a “general guideline,” I like 300 or more yards of distance between myself and another party if it’s duck season. If it’s dove season, 100 yards is ideal. For deer season, I’ve found there is no ideal distance. The further away the better. So I take it upon myself to go to the far reaches of the far edges of the land.

As a “general guideline,” I like 300 or more yards of distance between myself and another party if it’s duck season. If it’s dove season, 100 yards is ideal. For deer season, I’ve found there is no ideal distance. The further away the better.

5. Keep Your Hands to Yourself

Simply put: if it isn’t yours, don’t touch it. You will undoubtedly come across items such as game cameras, tree stands, decoys, etc., while out on a hunt. Do yourself a favor and just leave them be. If you suspect these items are being used in an illegal manner, mark the location on a map, contact the game warden, and let them handle the matter from there.

Should another hunter request help in tracking an animal, it becomes your top priority to assist them. Do so legally, though. If you discover the animal has crossed over to private land, obtain permission from the landowner before proceeding, no matter what. Contacting the game warden and advising them of the situation, even if permission from the property owner is granted, is advisable.

Accept the fact right now that at some point, you will encounter a person or group who is not very pleasant, including private landowners, other hunters, or people not exactly keen on hunting. Whoever they are and whatever the reason may be, remember to remain calm and try to diffuse the situation. People yelling and screaming at each other hardly ever get anything worked out. But, if at least one party is calm and reasonable, most of the time cooler heads will eventually prevail. And, if all else fails, it might be best if you just move along.

If you are lucky enough to get invited on a hunt with someone who really knows their stuff and where to go, by all means, accept the invitation. But, understand that by taking you along and showing you this area, it does not mean they want you to hunt in that area any time you please. Yes, it is public land and you can do just that, but if found out, you’ll most likely never be invited out or shown another prime location again.

This should go without saying, but treat the land as though it’s your property. Pick up your trash, including empty shells. Most of the areas do not allow vehicles, ATVs, and horses on the property, even if there is a defined trail. But, some do however with a special permit for a person with a disability. Do your homework and obtain proper documents before setting out on your hunt. These areas can be taken away. A few years ago, a prime dove hunting location in North Texas was removed from the public lands annual because of such misuse. 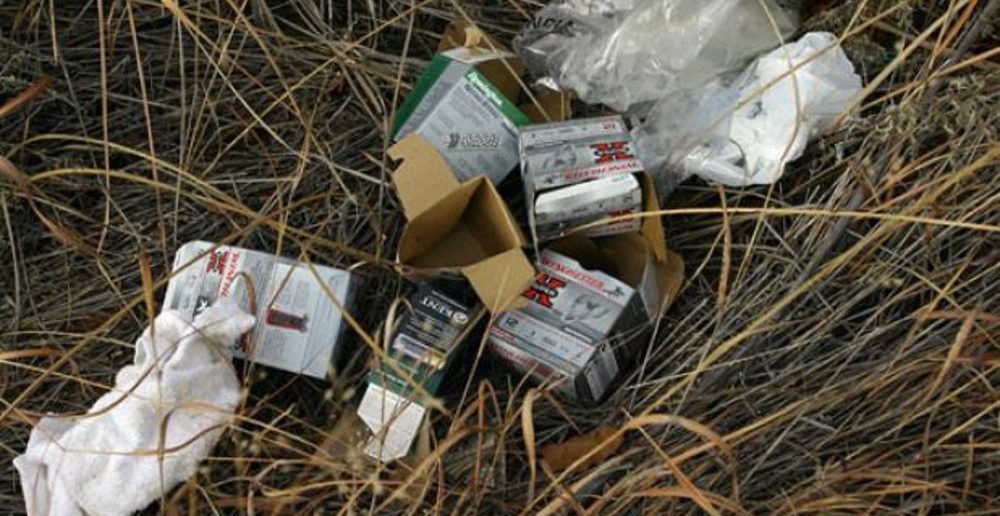 Several tracts of private property will share a common property line with the public land, and it’s our responsibility to know what is and what is not public. Fence lines are an indicator but not always visible. Check the surroundings for post marked with purple paint, a legal marker in the State of Texas indicating private property. “No Trespassing” signs, even if they appear out of place, should be adhered to. When in doubt, follow these guidelines. Better safe than sorry.

You’re probably thinking these items sound more like common acts of respect and courtesy rather than rules. And, in fact, they are. The rules set forth by the state make no mention of common courtesy between hunters. Therefore, it’s up to us to conduct ourselves in an ethical and proper manner that makes our time and the time of those around us more enjoyable. There’s nothing so important in the field that should prevent us from exhibiting a certain amount of respect toward one another. At the end of the day, we’re all in this together. Celebrate in each other’s accomplishments, provide a helping hand if needed, and give thanks for being able to enjoy the majesty of the outdoors.